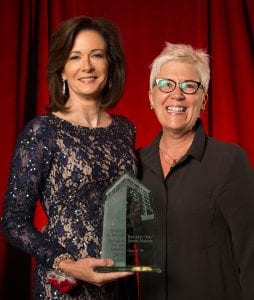 Kathleen “Kay” Quinn-Malone, ’99, is the anchor of KSDK NewsChannel 5’s First at Four program and co-anchor of NewsChannel 5 at Six. Prior to these roles, she anchored the weekend evening newscasts. Quinn-Malone has earned industry respect and an Emmy award for her work.

Following early career work with Canadian radio stations, Quinn-Malone returned to St. Louis, where she continued her radio career as a news anchor and reporter on local stations. She joined KSDK in 1989.