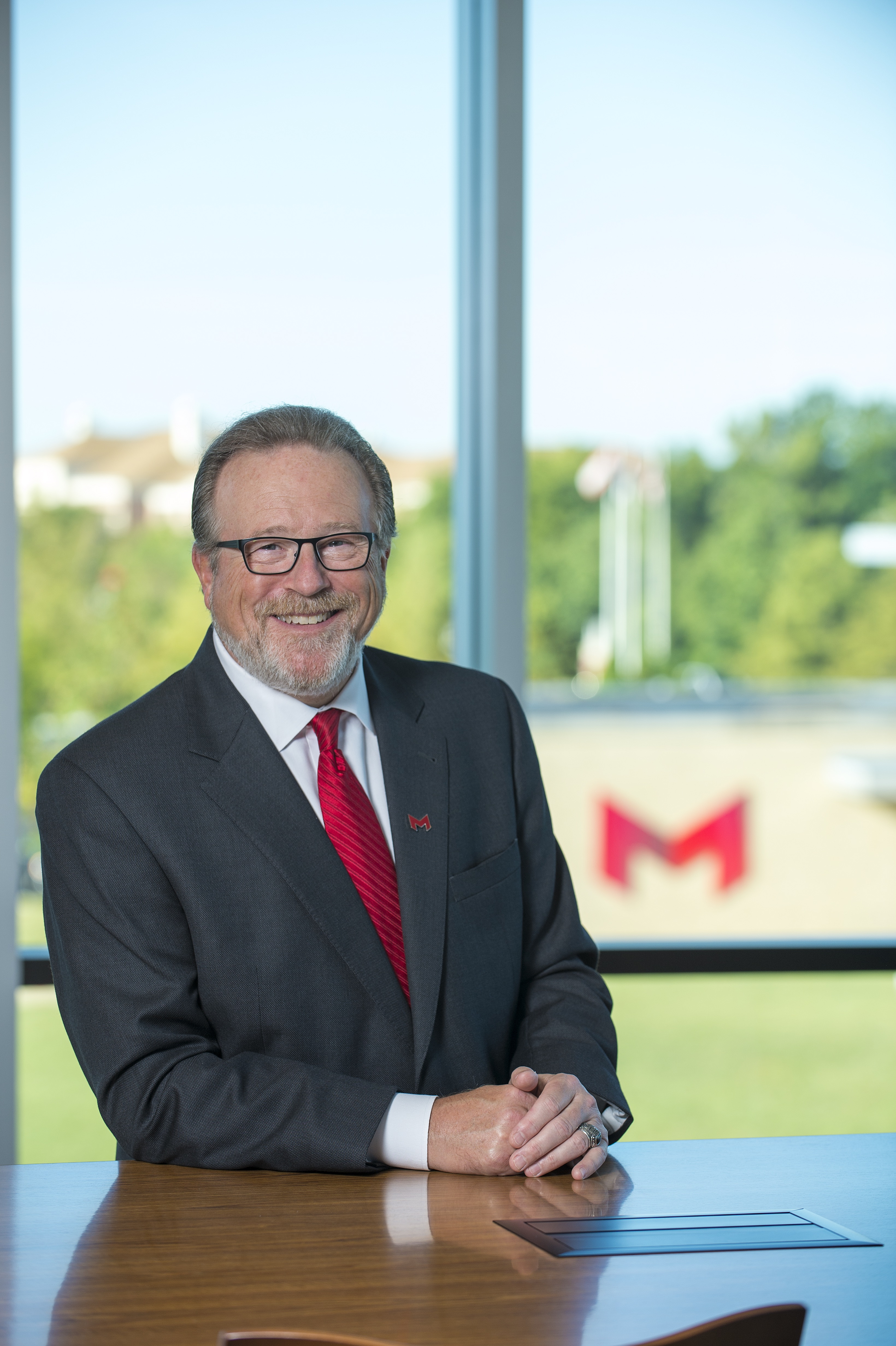 Mark Lombardi, PhD, has served as president of Maryville University since 2007. In that time, Maryville has achieved unprecedented growth and earned national distinction for leading an innovative revolution in higher education.

Dr. Lombardi is the tenth president named since the institution’s founding in 1872.

Leading the Revolution in Higher Education

Since his 2007 inauguration, Dr. Lombardi has provided visionary leadership for Maryville University. Nationally, he is recognized as a thought leader in the higher education revolution and is frequently called upon to address Maryville University’s significant advances in educational access, technology, partnerships and developing an individualized path for students learning and success. He is also co-author of the book Pivot: A Vision for the New University (2019).

“I believe in a new model for higher education, which removes barriers to learning. The Digital Age has brought the greatest democratization of knowledge since the renaissance. Universities must harness the tools of this age to create access and opportunity for all students regardless of race, ethnicity, gender or socio-economic status. At Maryville, we are driving this dynamic model to transform higher education at a pace more common in the entrepreneurial world than in academia. Using the power of data analytics and Artificial Intelligence, we focus our efforts on putting the student at the center of the learning process. We not only tailor academic experiences based on students’ abilities and learning styles, but we also provide “Amazon-like” service leading to proven graduation and career placement outcomes.”

During Dr. Lombardi’s tenure, enrollment at Maryville University has more than tripled to over 10,000 students, hailing from 50 states and 52 countries. The Chronicle of Higher Education has named Maryville the 2nd fastest-growing private university in the nation, in 2020 and in 2013 and 2014 named Maryville the #1 Over-performing University in the United States. In addition, Maryville has also been ranked in the top 15 percent of universities nationwide for ROI three consecutive years. Five academic programs are nationally ranked, and 98 percent of Maryville graduates have a job or enroll in advanced education programs within six months of graduation. Apple has thrice named Maryville an Apple Distinguished School for its innovative leadership. Lombardi has also overseen over $150 million in capital improvements including two new residence halls, state of the art outdoor athletic fields and a new state of the art dining facility. The University has continued to develop strategic partnerships with corporate entities such as Apple, Salesforce, BurstIQ, Soul Machines, Robots and Pencils and Capacity. In addition, Maryville is the dominant Esports collegiate program in the United States, winning five of the first nine National Championships in League of Legends and Overwatch.

For 35 years, at three different institutions, Dr. Lombardi has served as a faculty member, department chair, director of international programs, vice president for Academic Affairs, provost and president. He has also served as executive director of the U.S.- Africa Education Foundation.

Dr. Lombardi has significant teaching experience in U.S. foreign policy, U.S.-Soviet relations, African politics and global issues. He was a tenured full professor at the University of Tampa.

Dr. Lombardi was recently re-elected chair of the St. Louis Sports Commission for a third term. He is also past chair of the Board of Governors NCAA Committee to Promote Diversity, Equity and Inclusion as well as a longtime participant in the NCAA Pathways program. He currently serves on the Great Lakes Valley Conference Council of Presidents (Chair, 2013-2017). Previously, he served as a board member with The Lifelong Vision Foundation, Boys Hope Girls Hope, Wells Fargo, Rotary, the Foreign Affairs Council and the US-Africa Education Foundation.

Dr. Lombardi is the author of numerous articles and the co-author of four books, including:
“Taking Sides: Clashing Views on Global Issues (10th edition 2019)”
“The Unfolding Legacy of 9/11”
“Perspectives on Third World Sovereignty: The Post-Modern Paradox”
“Pivot: A Vision for the New University,” (2019 co-author)