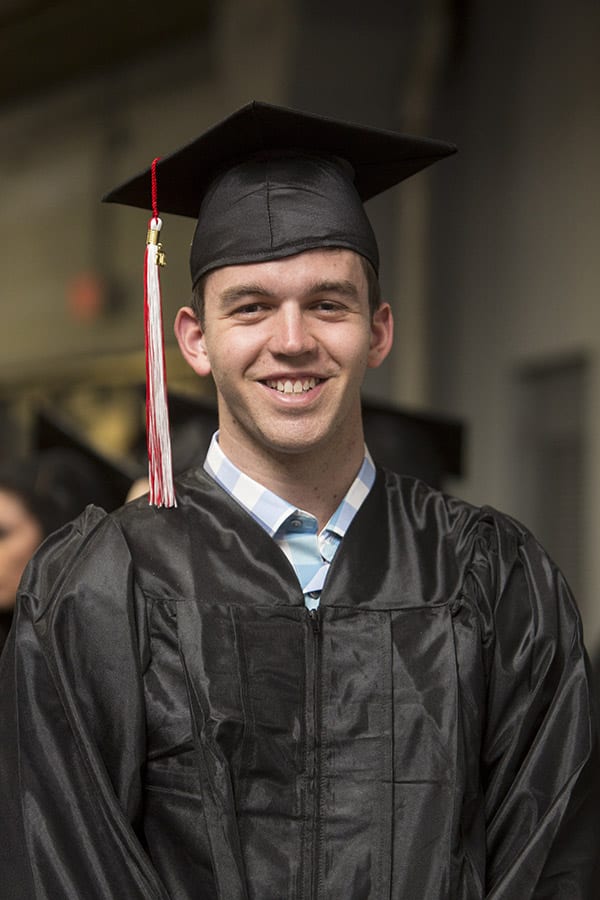 Maryville students learn much about the world and themselves in classrooms and labs. But Mark Cohen first realized his passion in another arena: serving on the Campus Activities Board (CAB).

As a member and then president of CAB, Cohen organized social and entertainment events for students, something he thoroughly enjoyed. The same skills he developed in these pursuits helped him land a job as marketing production coordinator with Ballpark Village of St. Louis, where he began working full time after completing his bachelor’s in management and leadership.

“There are a lot of moving parts to every event,” Cohen says. “It’s rewarding to see all these people enjoying something that it took a lot of effort to put together.”

That’s the dream job, whether it’s working with an organization that addresses cancer or homelessness or poverty. I want to raise awareness that there are more important things than our own day-to-day to struggles.

The position, which he was offered after a year-long internship, involves planning concerts, movie nights, charity events and other gatherings. Cohen’s original ideas include having interns which he calls the “Ballpark Village Street Team.” Cohen says their goal is to bring awareness to Ballpark Village by using interactive and experiential tactics to connect with guests.

But Cohen’s interests extend far beyond amusement. He’s particularly drawn to the organization’s charity events. His work with Maryville’s Kids Rock Cancer, a music therapy program for children, inspires him to think of a future in the nonprofit sector.

“That’s the dream job, whether it’s working with an organization that addresses cancer or homelessness or poverty,” Cohen says. “I want to raise awareness that there are more important things than our own day-to-day to struggles.”