Maryville defended its title by beating rival Northwood University. The two teams battled in the final round for the second year in a row. In earlier rounds, Maryville swept Bellevue University, the Savannah College of Art & Design and Illinois State University to reach the finals.

“Going back-to-back is one of the greatest experiences of my life,” said Zachary “iced” Hughes. “Being able to overcome the hardships of this year and end it on top is a great feeling and shows just how dominant we are in the collegiate scene.”

Maryville’s esports program boasts five national championships for League of Legends and Overwatch, as well as dozens of major tournament titles. The program has sent multiple players to the professional scene.

“Joining Maryville has been a great experience so far and it’s thanks to the staff for their understanding on how to run a program the right way,” said Michael “mikeyy” Konicki. “My apologies for giving everyone a heart attack in the final; we had to make it close for the fans!”

Maryville’s esports teams are known around the world. To further support its esports programs, the University has announced plans to build an esports arena seating up to 3,000 people. The project would redevelop the Woods Mill Center at Highway 141 and Interstate 64 and is currently in the conceptual phase. 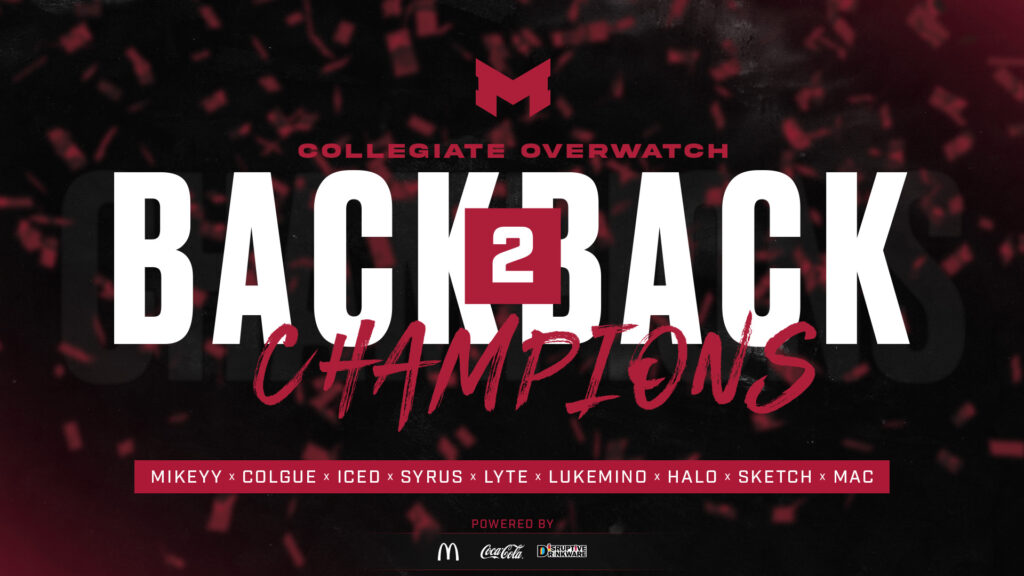 This weekend the team started off on Saturday with a winner’s finals match against Northwood University. They are one of Maryville’s top rivals, and the team we bested in the finals last year. We secured a 3-2 victory, sending Northwood to the lower bracket and securing our spot in grand finals. On Sunday, Northwood conquered the lower bracket and faced Maryville again in the grand finals. In the best-of-5 series, we took a quick 2-0 lead before dropping the following two games. We took a competitive and decisive game 5 to bring the national championship home to Maryville.