The event brought together eight collegiate teams and eight high school teams competing in separate brackets for a chance to be crowned winners. Live gameplay took place inside Ballpark Village as part of a multiday Fourth of July celebration, hosted by Fair St. Louis.

“We were able to take decisive wins against our local rivals and beat the reining national champions. Winning on St. Louis grounds is particularly meaningful for the team as we aim to grow Missouri into the top state for esports talent and development,” said Jensen Goh, head coach for Maryville’s League of Legends Esports Team. 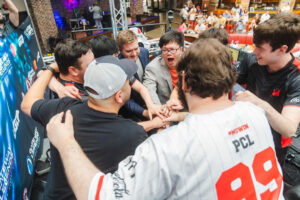 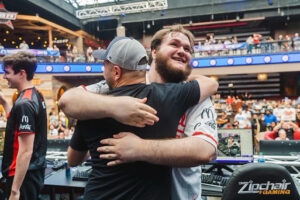 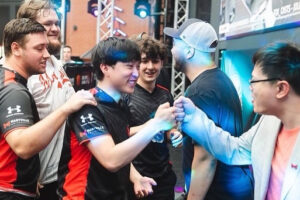 Maryville started their tournament run on Friday with a Main Stage match against Harrisburg University in the quarterfinal portion of the bracket. That was a clean 2-0 for the team. Moving onto Sunday, Maryville faced off against hometown rivals Saint Louis University in the semifinals which was another easy 2-0 sweep for the team.

The finals was a rematch of this year’s College League of Legends National Championship game against the University of St. Thomas (UST), who bested Maryville in the semifinals just a few weeks ago. This was very much a revenge match for the team. The finals started with UST taking the first two games against Maryville in the best-of-five series, but the Saints rallied together and continued to fight, taking the following three games and beating UST 3-2 in an insane reverse sweep.

“The weekend at Gateway Legends was fun for sure,” said Eain “APA” Stearns. “We knew we were going to be on the other side of the bracket to St. Thomas, so I was expecting a rematch in the finals and happy with the banger of a series that unfolded. I’m also happy with how my teammates played and I think I stepped up and helped hold the team together throughout the series.”

This is the first year Gateway Legends included in-person play for high schoolers, which provided those players a unique opportunity to experience competitive play that they normally otherwise would not get to experience. Congratulations to Hickman High School from Columbia, Missouri, for winning the high school portion of the event.

That was fun. Good mental victory for our guys. Very gutsy win.

GGs to UST this fall is going to be a banger. Definitely going to have more matchups.

Thank you everyone who came out to Gateway Legends I hope you enjoyed yourselves. ❤️

GLI > CLoL hands down .. and not because of the win. The atmosphere The people The venue The direction and The future .. just a better all around experience. pic.twitter.com/sZ26Wvfyem