“We are proud of our student-athletes who lead the collegiate Esports arena,” said president Mark Lombardi, PhD. “Their hard work and determination has put our Esports Program on the map. Maryville looks forward to leading the collegiate landscape of Esports for years to come.”

More than 300 collegiate teams have battled since January for top honors in the largest collegiate Esports championship in North America. The final eight teams met in Los Angeles to face off for the title.

“This win means a lot for the Maryville Esports Program because it’s our third championship in four years,” said Dan Clerke, Maryville’s director of Esports. “This proves the hard work we put in yields consistent results. And, we were able to win for our graduating seniors who helped us achieve our first-ever championship earlier in their Maryville careers, and that feels really good.”

Maryville founded its Esports Program in 2015, and was one of the first universities in the nation to offer scholarships to Esports student-athletes.

Maryville is one of six founding members of the National Association of Collegiate Esports (NACE). The organization has expanded to more than 80 schools across the country and represents more than 1,500 student-athletes.

Click below to view photos from the 2019 League of Legends Collegiate Championships. 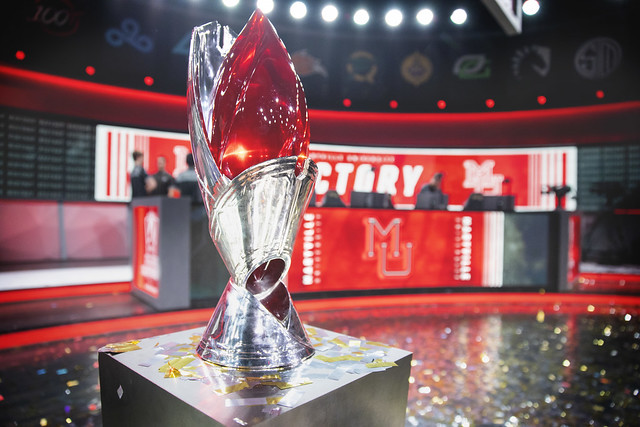 About Maryville University
Founded in 1872, Maryville University is a comprehensive and nationally ranked private institution with an enrollment of 9,300 students. Maryville offers more than 90 programs at the undergraduate, master’s and doctoral levels to students from 50 states and 55 countries. Among recent graduates, 97 percent are employed or attending graduate school.