Malnutrition and food insecurity are widespread in Honduras, one of the poorest countries in Central America. An estimated 1.5 million Hondurans will face hunger at some point this year, with a large percentage of those aﬀected being children. Parasites, in particular, are a major issue and many children also suﬀer from vitamin deﬁciencies and anemia. It’s the Honduran standard of care to give malnourished children a cocktail of multivitamins, iron supplements and folic acid.

But Amir Hodge, ’21, who works as a family nurse practitioner at a rural clinic in Comayagua, has always wanted to do more for Honduran children. “Children are our future,” he said, when asked why he loves working with young people. About one out of every three children he sees suﬀers from malnutrition, which can make them more susceptible to infections and can also be a precursor to early death. 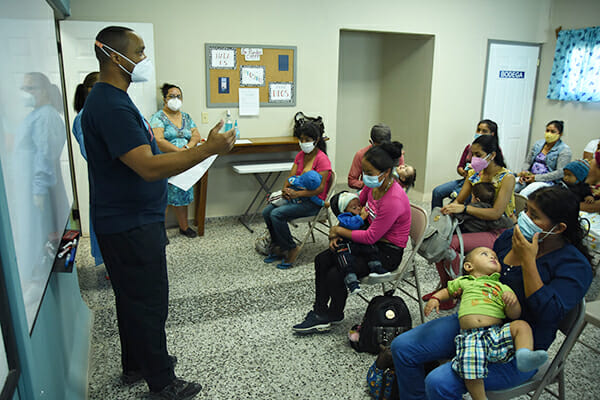 Before he began his career as a family nurse practitioner in 2004, Hodge served in the U.S. Navy as a dental tech and later in the Marines as a corpsman. While serving in the ﬁrst Gulf War, he decided he was going to pursue a career in medicine for himself. As soon as he completed his service in the mid-90s, he immediately went to nursing school and earned an associate degree.

His clinic in Honduras is a part of a larger 14-acre campus and staﬀs nearly 30 employees. They have a full lab, an ophthalmology suite, two Honduran physicians and a couple of nurses on hand. As soon as the clinic opens its doors in the early morning, Hodge and the staﬀ begin serving people with health conditions ranging from high blood pressure to diabetes to malnutrition. In addition to helping children, Hodge also treats older patients in his village, who regale him with their life stories and collective wisdom.

In the spring of 2021, Hodge completed his last credit hours as a student of Maryville’s online Post-Master’s Doctor of Nursing Practice (DNP) program. His dissertation focused primarily on the effects that Nutributter — a ready-to-use nutritional supplement — had on young children. His research suggests that children who take Nutributter experience more weight gain, positive moods, increased energy and a restored appetite. 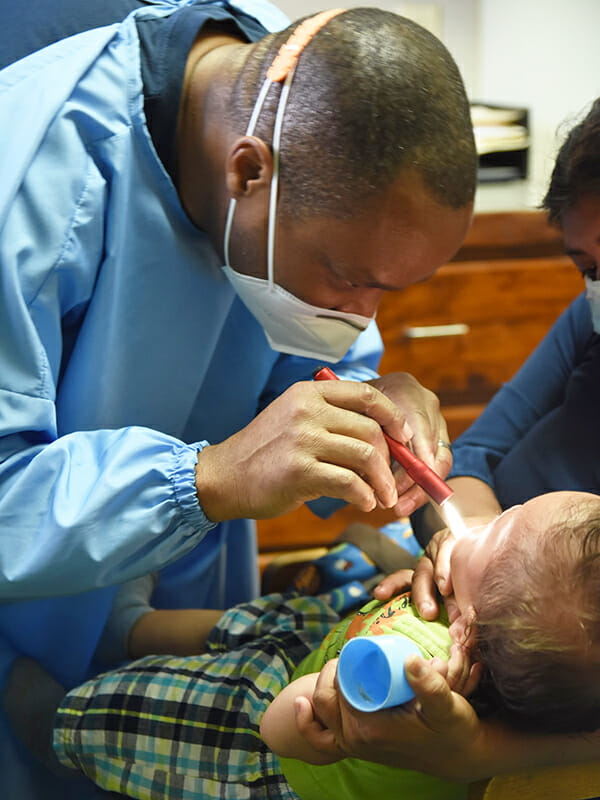 His days being a full-time nurse practitioner and doctoral student were sometimes long, working all morning before returning to his oﬃce in the afternoon to study, sometimes for ﬁve hours straight. “Having to defend my dissertation via Zoom was trying,” he said, but overall the whole experience ﬂowed very well and was thoughtfully organized. Thankfully, there were no technological issues, which is not always a guarantee in rural Honduras.

“I would recommend Maryville’s online DNP program to anyone,” Hodge said. “The sense of community, even with everyone studying remotely, was invaluable.” He believes Maryville did a great job of keeping its students and teachers attentive and plugged in, especially at a time when normal routines were altered by the COVID-19 pandemic. If he ever had a question about anything, he could send a message to an advisor or faculty member, who would always respond in a timely manner with the information needed.

What’s even more fulﬁlling for Hodge than attaining his DNP is being able to use that knowledge to provide an elevated quality of care to the Honduran patients he serves. He looks forward to putting his newfound expertise to work addressing the persistent issue of childhood malnutrition in Honduras.

Hodge is a shining example of what one can accomplish as a lifelong learner. He believes that everyone, no matter their background, deserves access to a high-quality education. When speaking to young adults in Central America, and even back in the United States, he encourages them to keep learning. “Nobody can take away your education,” he said. “It’s the key to a better life.”