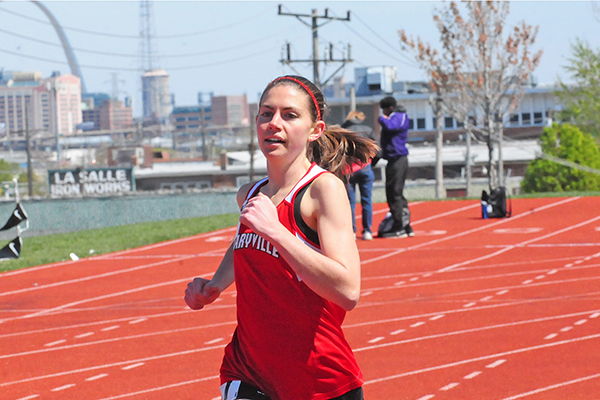 Kiblinger graduated from Maryville in 2015 and is one of the most decorated runners in Saints cross country and track history. She was the winner of the prestigious NCAA Elite 90 Award at the 2015 NCAA Division II Outdoor Track and Field Championships. Kiblinger is one of just four Maryville student-athletes to be a two-time Academic All-American by CoSIDA and USATF. In addition, she was a Top 30 finalist for the NCAA Woman of the Year. She won the GLVC Championship at both the indoor 5K as well as the outdoor 10K, and qualified for the 5K and 10 K at 2016 Outdoor track national championships. Kiblinger finished 15th at NCAA Cross Country Regionals and earned All-Region honors. She graduated as the school’s record holder in the indoor 800 meters, mile, 3K and 5K distances, and she ran on two relays teams that set school records. 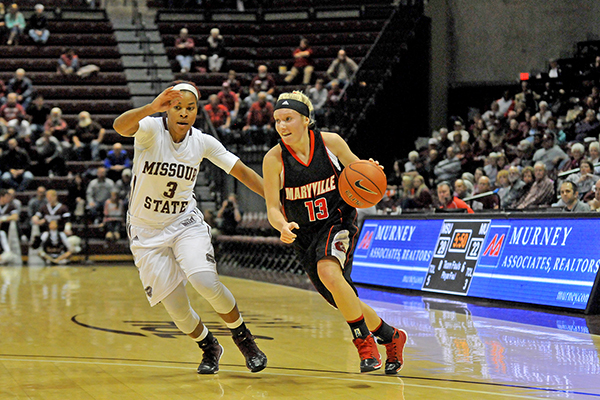 Miller Gliebe still remains the program’s all-time scoring leader with 1,612 points after her graduation in 2015. She set school records for 3-pointers, free-throw percentage, games started and minutes played. Miller was voted the GLVC Freshman of the Year and earned All-GLVC honors three times. Memorable, she helped the team win the 2012 GLVC Tournament, Maryville’s first GLVC title and the inaugural NCAA Tournament bid by any sport in the Division II era. Miller also was named the 2012 GLVC Basketball Tournament’s Most Valuable Player, the first freshman to ever earn that honor in league history. 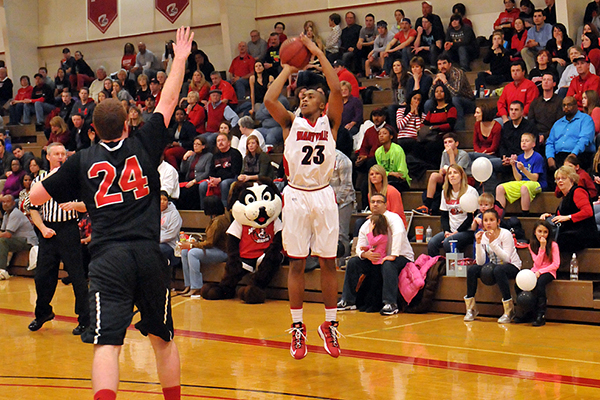 Provo graduated in 2015 ranking sixth all-time in scoring with 1,495 career points. He also set the all-time leader in 3-point field goals made with 261, almost 90 ahead of second place. Provo is tied for fifth all-time in steals with 143 and is eighth in assists at 260. By making an impact on the team since he stepped on campus, he tied the record in game appearances at 113 and is second in minutes played at 3,289. In addition, he helped the 2012-13 team set the single season record for wins with 23. Provo also played a critical role as the Saints beat No. 4 Bellarmine University, the highest ranked team Maryville has ever defeated. 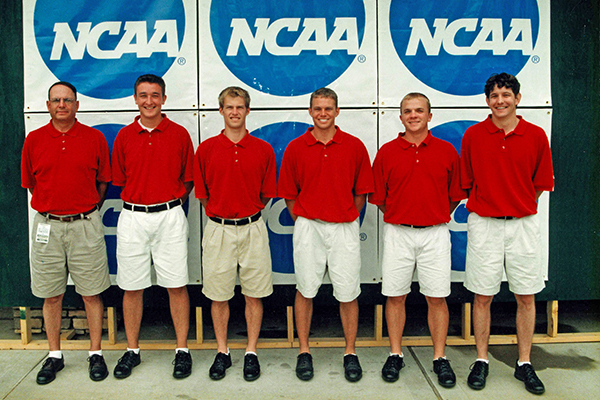 The 2001 Men’s Golf Team was the first to earn a post-season bid as they qualified for the NCAA Tournament that season. The Saints were led at the tournament by Torrey Welsch who shot 314 to top the team. Welsch, a Saints Hall of Famer, was a first-team All-SLIAC selection, while Todd DeGrand was the SLIAC Freshman of the Year and a second-team All-Conference honoree. The team shot a total score of 1,264 over four rounds at The Legends Golf Club in Eureka, Mo. In addition to Welsch and DeGrand, Joe Anatra, Ryan Noirfalise and Shawn Hellmann posted scores for Maryville. The Saints won the SLIAC Tournament that season with a team score of 647. Maryville Hall of Famer Dave Pierce was the head coach of the squad. 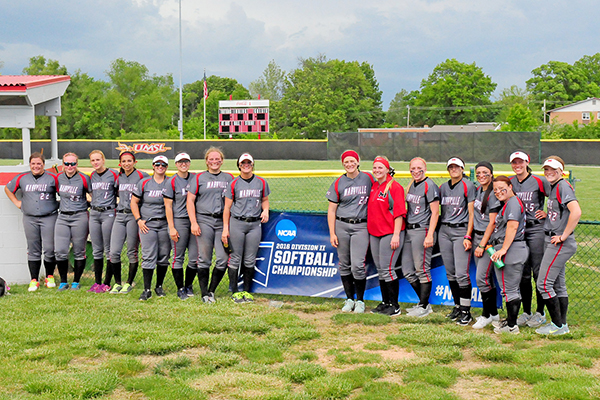 The 2016 Softball Team set the school record for wins in a season with 39 and GLVC victories with 20 and became the first team that earned an at-large bid to NCAA Tournament in the DII era. They defeated #6 University of Missouri-St. Louis and #10 Wayne State to reach regional championship game. They were eliminated 1-0 in extra innings on a sac fly. During the regular season, the team defeated No. 1 Indianapolis and handed National Pitcher of the Year Morgan Foley her first loss of the year after 30 straight wins. The Saints had a season-best 11-game winning streak en route to their NCAA Tournament appearance. Wendy Macias, Courtney Ferguson and Nikki Taylor were All-GLVC selections for the squad.

The induction ceremony is open to the Maryville community and general public during Athletics Alumni Weekend, as part of the University’s 150th celebration. There is no cost to attend the Hall of Fame ceremony. For more information, visit maryville.edu/150.