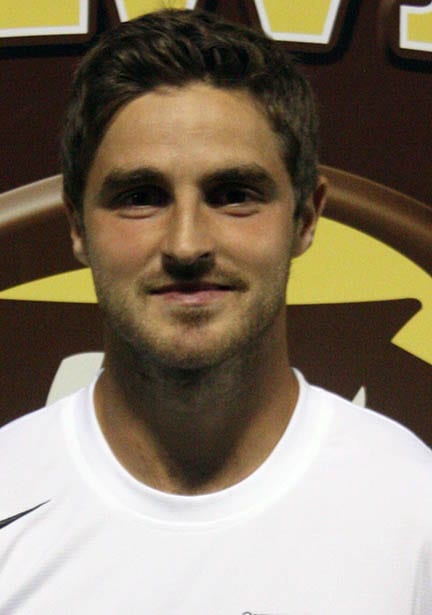 “We are excited to have Sean join our team and lead the Maryville University men’s soccer program into a new era,” Manning said. “He has a history of academic and athletic success with teams in the Great Lakes Valley Conference and we look forward to having him as a part of SaintsNation.”

“I am excited and honored to be named the head men’s soccer coach at Maryville University,” Hughes said. “I would like to take this opportunity to thank Athletic Director Marcus Manning and the rest of the search committee for their support throughout the process. I am enthusiastic to start working with the team and look forward to leading the program into a new era.”

Hughes finished his third season as an assistant coach with Quincy in 2014 and helped the Hawks reach the NCAA Division II national semifinals. The Hawks won the Great Lakes Valley Conference regular season title with an unbeaten 13-0-2 record finished 21-2-2 overall, which tied the school record for wins. The Hawks led Division II with 16 shutouts in 2014 and finished the season ranked No. 3 in the NSCAA poll.

In 2013, Hughes was an assistant as Quincy recorded a 15-5, a share of the GLVC regular season championship at 13-2 and the top seed at the GLVC Championship Tournament. In Hughes’ first season at QU in 2012, the Hawks went 12-2-6, 9-1-5 in the GLVC regular season and earned an NCAA Tournament berth. During his three seasons at Quincy, the Hawks posted a 48-9-8 record. In addition, Hughes scored four All-Americans, two Academic All-Americans, two GLVC Freshmen of the Year, two GLVC Defensive Players of the Year, one GLVC Offensive Player of the Year, the GLVC Men’s Soccer Scholar-Athlete of the Year and more than 20 All-Conference players.

As a player, Hughes enjoyed a standout career in England where he played for the youth teams for Blackburn Rovers, Wigan Athletic, Preston North End and Bury FC. He played in the prestigious FA Youth Cup for Bury F.C. in 2003 and represented the Great Britain Catholic Schoolboys U16 squad in Spain.

Hughes traveled to the United States and began his collegiate playing career at Northeastern State University, in Tahlequah, Okla. He led the Riverhawks in goals and points during his two-year stint. Hughes then moved to Cardinal Stritch University in Milwaukee, Wisc., and started in every game in 2009 and 2010.

After graduating from Cardinal Stritch, Hughes played one season for Whitsunday Miners FC in the Australian Soccer League second division. He helped the 2011 team record its highest finish in the league standings. The next season, Hughes played for Crewesadors FC futsal team in the UEFA English Regional North League in 2012.

Hughes earned his Bachelor of Arts in sports management from Cardinal Stritch in 2010, and completed his M.B.A. from Quincy in May 2014.