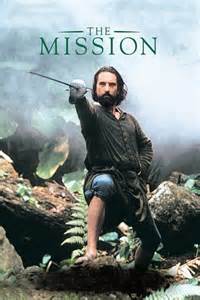 Maryville Talks Movies brings together students and the St. Louis community to watch and discuss significant films in a variety of genres. This week’s film will be The Mission, which was released in 1986. Scott Angus will introduce The Mission and then, after the viewing, lead a 40-minute presentation or Q & A session.

The Mission is set in eighteenth-century South America, when Jesuit missions are threatened by political developments and violence. The Mission won the Best Film Award at the 1986 Cannes Film Festival, and Chris Menges won the Academy Award for best cinematography. The movie is a powerful example of how music, costume design, cinematography, and direction work together to illustrate a complicated narrative.