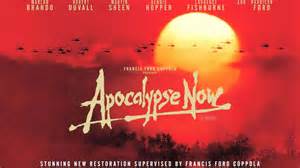 Maryville Talks Movies brings together students and the St. Louis community to watch and discuss significant films in a variety of genres. This week’s film will be Apocalypse Now, which was released in 1979. John Marino, PhD, and Kent Bausman, PhD, will introduce Apocalypse Now and then, after the viewing, lead a 40-minute presentation or Q & A session.

Released in 1979, Apocalypse Now is an epic war film known for its production and artistic brilliance. The film garnered eight Academy Award nominations and is listed by The American Film Institute as one of the greatest films ever made. Inspired by Joseph Conrad’s novella, Heart of Darkness, the film tells the story of the quagmire that became the Vietnam War.