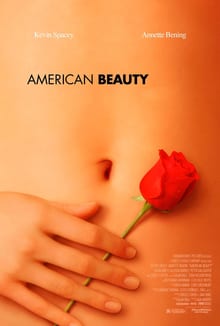 Maryville Talks Movies brings together students and the St. Louis community to watch and discuss significant films in a variety of genres. This week’s film will be American Beauty, which was released in 1999. Dr. Bryan Bergstrom will introduce the movie and then, after the viewing, lead a presentation and/or Q&A session.

American Beauty is the directorial debut of Sam Mendes, with the screenplay being written by Alan Ball. The story is about a depressed upper middle class man and his family who do not find happiness living the ostensible American dream in white suburbia. The film garnered five Academy Awards and Kevin Spacey’s depiction of Lester Burnham, a sexually frustrated middle aged man in the midst of a mid-life crisis, is one of his most memorable roles. The film is beautifully and memorably photographed by Conrad Hall.