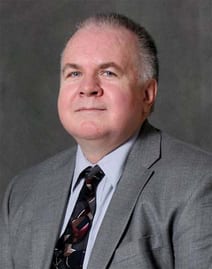 Steven Phipps, Ph.D., assistant professor of Communication at Maryville University, will be featured in an upcoming episode of the popular PBS television program History Detectives. Lion Television, producers of the program, recenty videotaped an interview with Phipps in New York. The segment involves the story of Iva Toguri, accused of being WWII radio propagandist “Tokyo Rose.” Phipps, an expert in broadcast history, will be asked to access databases and vintage newspaper articles, as well as discuss WWII journalism. The air date has yet to be announced.

The purpose of the segment is to identify the reporter’s voice on an old audio recording. On the tape, a reporter interviews journalist Harry Brundidge (longtime St. Louis journalist), at a pier in San Francisco. At the time of the interview, Toguri was disembarking from a nearby ship, traveling from Japan to the United States.  She was brought back to the U.S. to stand trial for treason and Brundidge was the person primarily responsible for bringing her back.