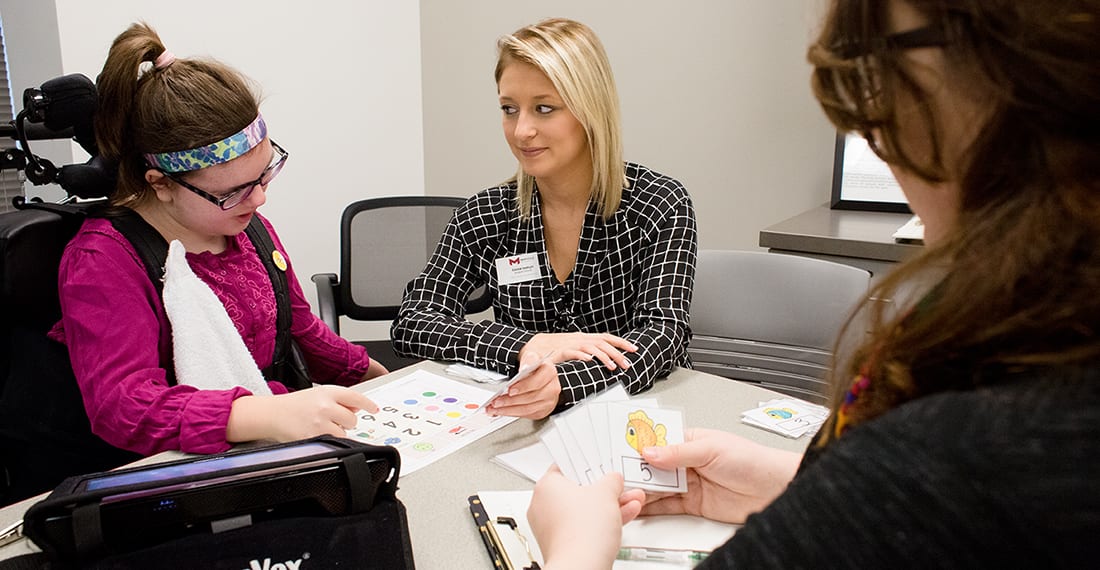 Students completing the M.S. in Speech-Language Pathology at Maryville University will be eligible for American Speech Language-Hearing Association (ASHA) certification (Certificate of Clinical Competence) and for Missouri state licensure (and other state licensures) from the Board of Healing Arts, following one year of full-time employment known as the clinical fellowship year (CFY).

As the large baby-boom population grows older, there will be more instances of health conditions that cause speech or language impairments, such as strokes and hearing loss. More speech-language pathologists will be needed to treat the increased number of speech and language disorders in the older population.

Increased awareness of speech and language disorders, such as stuttering, in younger children should also lead to a need for more speech-language pathologists who specialize in treating that age group.

In addition, medical advances are improving the survival rate of premature infants and victims of trauma and strokes, many of whom need help from speech-language pathologists.