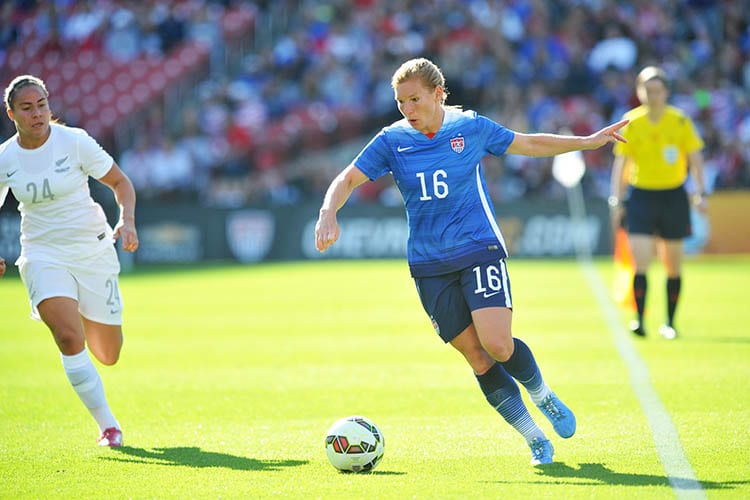 Maryville University women’s soccer assistant coach Lori Chalupny has been named to the 23-player United States Women’s National Team roster that will compete this summer for the 2015 FIFA Women’s World Cup in Canada. USWNT coach Jill Ellis selected Chalupny to play as a defender for the U.S. squad.

Chalupny, who has served as a Saints assistant coach for the past two seasons, is a St. Louis native who played at Nerinx Hall High School and collegiately at the University of North Carolina where she was a three-time All-American. She is playing professionally in the National Women’s Soccer League for the Chicago Red Stars. Chalupny was a member of the 2002 United States Under-19 World Championship Team and won a gold medal when she played for the USA in the 2008 Beijing Summer Olympics and scored a goal in a 4-2 victory over Japan in the semifinals.

Chalupny has earned 92 caps while scoring eight goals with the U.S. Women’s National Team. During a USWNT exhibition game April 4 at Busch Stadium, she delighted her hometown crowd by scoring the USA’s second goal versus New Zealand.

The USA is in Group D at the 2015 FIFA Women’s World Cup along with Australia, Sweden and Nigeria. USA opens the tournament against Australia June 8, plays Sweden June 12 and closes group play versus Nigeria June 16.